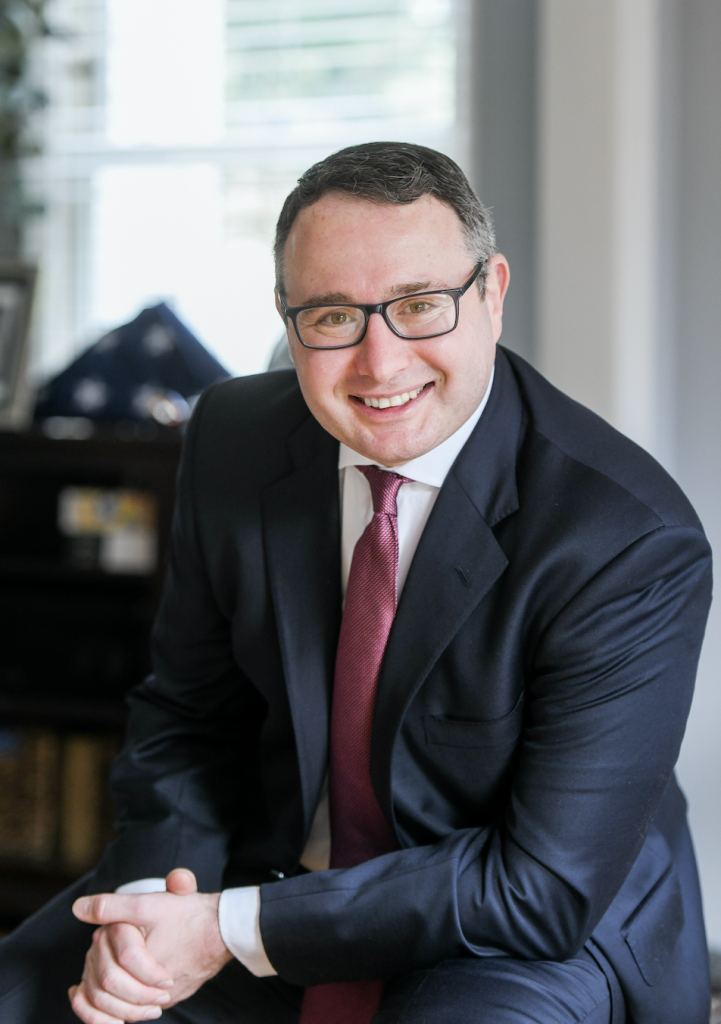 Lt. Col. Vindman is a retired United States Army lieutenant colonel who previously served as the Director for European Affairs for the United States National Security Council (NSC). While at the NSC, Lt. Col. Vindman developed and coordinated the U.S. Government’s implementation of multiple national-level plans for Eastern Europe, the Caucasus, and Russia.

Through this fellowship, Lt. Col. Vindman will engage in a series of research projects including writing articles, lectures, and producing a manuscript on the subject of great power competition, which will also serve to satisfy a doctoral dissertation requirement. The Lawfare Institute, a 501(c)(3) organization devoted to the publication of Lawfare—a well-recognized multi-media web resource that explores national security issues—will integrate Vindman into its community of writers and podcasters by way of giving voice to the various themes that will be covered in the book.

“The Pritzker Military Foundation fellowship, supporting my tenure at Lawfare, and the direct collaboration with the Pritzker Military Museum & Library will enable me to continue to advance U.S. national security interests and advocate for both public service and effective civil-military relations,” said Lt. Col. Vindman.

Lt. Col. Vindman will also appear in three episodes of Pritzker Military Presents. The first episode begins March 5, 2021 on the significant anniversary of Churchill’s Iron curtain speech and focuses on the convergence of Russia and China. The second and third episodes will address respectively the aligning of U.S. defense policy to better address authoritarian states and Great Powers’ national security imperatives in their near abroad.

“We’re looking forward to working with Lt. Col. Vindman and to help amplify these important topics through various content engagements and programs at the Museum & Library,” said Col. Jennifer Pritzker, Pritzker Military Foundation and Pritzker Military Museum & Library Founder. “Using his research and experience, our goal is to inform, educate, and have meaningful discussions with the public.”

For information on sponsorship of programming related to this fellowship please contact Trevor Peterson, Director of Development at the Museum & Library at tpeterson@pritzkermilitary.org.

The Pritzker Military Foundation seeks to support the work of both the Pritzker Military Museum & Library—and similar nonprofit organizations—to preserve American military history, restore historic military artifacts and make them accessible to the public, and provide services and essential resources to active duty military, veterans and families of service members in all branches of the United States Armed Forces. To learn more, visit www.pritzkermilitaryfoundation.org.

About the Pritzker Military Museum & Library

The Pritzker Military Museum & Library is open to the public and features an extensive collection of books, artifacts, and rotating exhibits covering many eras and branches of the military. From its founding in 2003, it is a center where citizens and soldiers come together to learn about military history and the role of the military in a democracy. The Museum & Library is a non-partisan, non-government information center supported by its members and sponsors.

RETURN TO Press RoomVIEW PAST ENTRIES

These are cookies that are required for the operation of our Website and are necessary to enable the basic features of the site to function and to do so securely and optimally. For example, these cookies themselves allow you to select your cookie preferences.

These cookies allow us to analyze your use of the site to help us improve your experience. They also allow us to recognise you when you return to our Website, and enable us to store your preferences (for example, your choice of language or region), personalise our content for you, greet you by name, store your settings and allow you to sign-in where necessary. We also use these cookies to combat fraud

These cookies allow us to recognize and count the number of visitors, and to see how visitors move around our website when they are using it, so we can see how our services are performing. These cookies may track things such as how long you spend on the Website or pages you visit and are used for the legitimate purpose of improving the way our Website works by, for example, ensuring that you find what you are looking for easily.

These cookies are used to track point of entry to point of registration for those users participating in our affiliate signup programs, and to track and measure the success of a particular marketing campaign. Some of these analytical cookies are processed by third parties, including Bounteous Inc. which is an online analytics company that partners with Google Inc to provide analytical data. This data also helps us understand how our users are interacting with the Website.

These cookies record your visit to our Website, the pages you have visited and the links you have followed to make our Website more relevant to your interests and provide you with interest-based advertising. We may also share this information with Bounteous for these purposes. Data collected may includes user journey, gender, geolocation, affinity interests.

Other uncategorized cookies are those that are being analyzed and have not been classified into a category as yet.